Can an affidavit be used as evidence?

Affidavits are legal documents that are commonly used in courts of law for various legal processes. At one point in your life, you will likely have to sign some type of affidavit, such as a financial affidavit, during the course of common personal or business affairs. This is why you should understand what affidavits are and how they are commonly used. So, can an affidavit be used as evidence? This depends on various factors.

We can define an affidavit as a written statement made under oath and it is an important legal document. You should know that affidavits are typically used in legal proceedings, including criminal cases and civil matters. When you swear to be truthful in creating an affidavit, you are called an affiant. An affiant or deponent is required to state under oath that they have personal knowledge of the facts and information stated in an affidavit. Does an affidavit have to be notarized? Notarizing an affidavit increases its credibility and you can use a notary public for this purpose.

In some cases, affidavits can be used as admissible evidence. However, affidavits are usually used in courts or legal proceedings as additional evidence in conjunction with witness statements. For someone with vital evidence to present, swearing an affidavit can be more practical and feasible than appearing as a sworn witness in court cases.

Components of an affidavit

Standard fields or components of an affidavit are as follows:

Can an affidavit be used as evidence?

You may know that affidavits by both prosecution/ plaintiff and defense witnesses are often prepared and collected in preparation for a civil or criminal trial. They can be used as evidence in some cases. An affidavit is very similar to a witness statement or statutory declaration in that all have written and signed personal statements that are used to give evidence. Find out how to get an affidavit.

Affidavits are often used in courts of law. Most affidavits use forms created by the courts, attorneys, lawyers, or financial institutions, including credit bureaus. Did you know that when a witness swears to tell the truth regarding what he saw or knows before he testifies, he is swearing an affidavit? Affidavits are an important part of court proceedings. This is because they provide a written account of the details and facts surrounding a case, making it simpler for judges to make decisions. Also, they are pretty useful for record-keeping purposes. 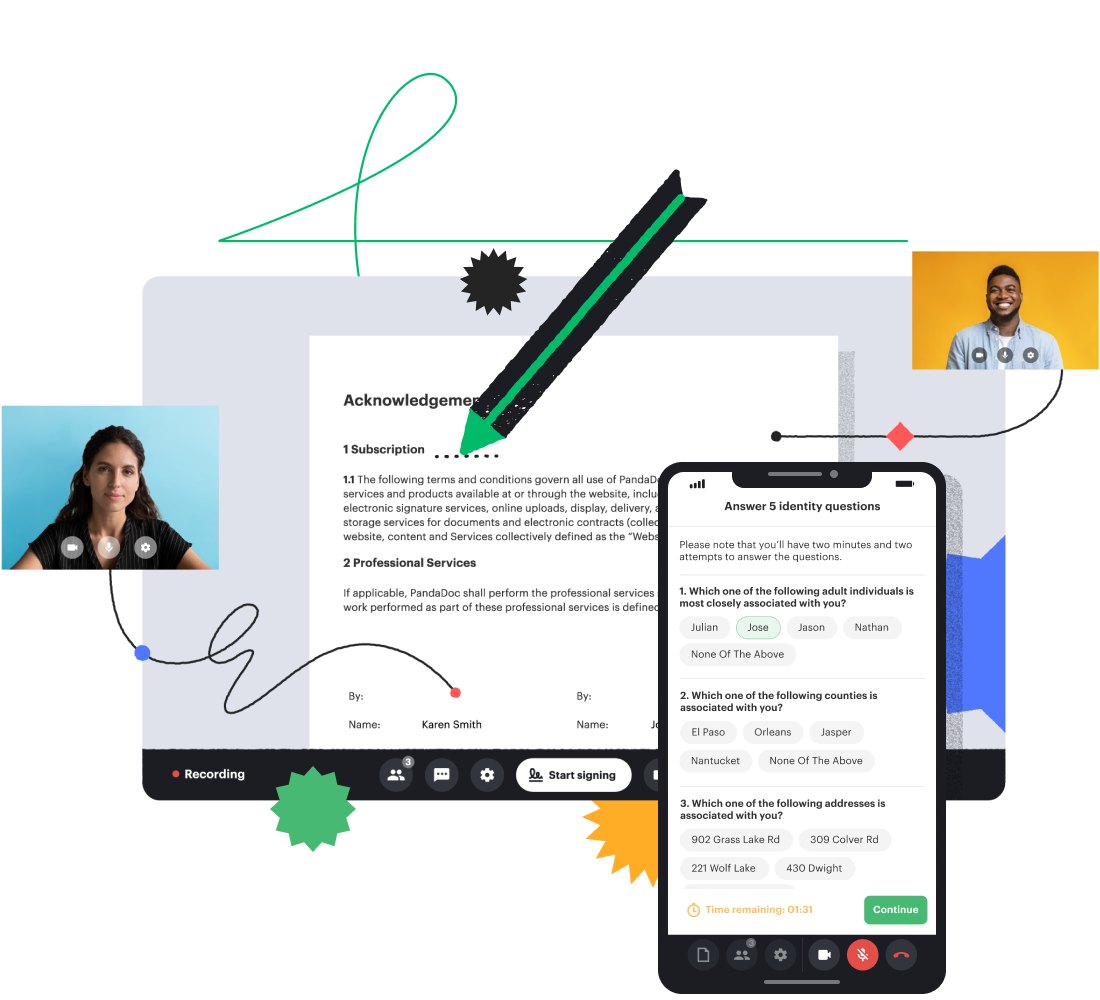 Affidavits are also allowed in many “temporary matters hearings.” These are hearings that tend to happen early on in a custody or divorce case.

While an affidavit is admissible evidence, many courts may deem it hearsay or unreliable and require that you testify to the affidavit to avoid this distinction. This is why you should not assume or think that signing an affidavit will help exempt you from testifying as a witness in court. At times, courts may need to consider local rules and regulations that state whether or not an affidavit is considered hearsay.

Also, there are some exceptions to the rule that affidavits can be used as evidence. For example, in a small claims court, the rules or conventions of that specific court may allow affidavits but generally just for a limited purpose. In small claims cases, the purpose can be to affirm that other documents, such as repair bills and medical records, being submitted are true and correct and don’t contain false statements.

In preliminary criminal hearings in states like Pennsylvania, the District Attorney (DA) is allowed to present affidavits of crime victims in court—particularly theft victims. An affidavit is often sworn before an officer who has the needed authority to administer oaths.

Also, if a witness’s testimony is not consistent with what they mentioned in their affidavit, then their affidavit can also be introduced as evidence in order to impeach them as per the Federal Rule of Evidence 607. Misleading or false statements can land you in trouble during cross examination.

When can you use an affidavit as evidence?

For example, a simple action such as a legal name change will usually require a signed and valid affidavit from the petitioner. This guarantees that the request isn’t being made for illegal purposes or to harm the other party.

An affidavit can explain to the court what the person wants as well as why the court should order it. For example, in a divorce proceeding, a spouse can tell why a proposed child custody arrangement should be ordered. Similarly, an affidavit may be used to explain why a party thinks property or assets should be distributed in a specific way.

It is worth noting that affidavits and witnesses provide the court with valuable information regarding what has happened and eliminates time consuming procedures. It is not about what the individual feels or thinks about what happened. This means that if your affidavit contains speculation or arguments, the court may refuse to consider it.

The main purpose of an affidavit is to legitimize or lend credibility to a claim formally. These legal documents are often used in conjunction with witness statements and other related evidence in a legal dispute.

How to present an affidavit as evidence in a court?

There should be details to back up or support what the person is saying. Is the person giving the evidence or proof being evasive?

Affidavits are sworn, signed, and notarized statements that help give an appearance of being impartial and truthful.

What should you do if your case is being decided on affidavit evidence? In this case, you have the right to attach documents, such as letters, to your affidavit. This is important as it will support what you’re saying or corroborate your statement of personal knowledge. For instance, you may attach a receipt or bill to support what you’ve said about the cost of a product or item.

You can introduce the document in your affidavit. This simply means you mention what the document is and that you have attached it as an Exhibit. You can assign a letter to these Exhibits starting with A. For example, in the first document or letter you attach, you would say it’s attached as exhibit A, and for the second, Exhibit B, and so on.

Don’t make the mistake of attaching the same document more than once. Also, if you refer to the document again, you should use the same letter you used when it was first introduced. This will help minimize confusion. You should mark all the documents with the letter and then bring them when you swear the affidavit.

How the affidavit should be provided in court

You have to remember two crucial things about affidavits. First, what you put in the document must be relevant to the case or trial. This is the key to having a reliable and valid affidavit. Second, it must be fact, not your personal opinion.

Affidavits can be required and used in a number of judicial proceedings, especially in estate planning matters and common family law issues. You should know that without these affidavits, other documents or legal instruments might not be considered valid. Several kinds of cases, civil or criminal, require an affidavit to substantiate the facts stated, while in other cases or situations, it may be voluntary. However, each affidavit has different uses, signing requirements, and formats.

Affidavits play a crucial role in court proceedings for many types of disputes and issues. They are commonly used in these cases and scenarios:

Types of Affidavits and their uses

Here’s a comprehensive overview of the most common types of affidavits and their uses:

Estate planning lawyers and other professionals use an affidavit of domicile in probate court and for specific types of trusts. This affidavit is important and states where your permanent residence is.

An affidavit of heirship exists to certify or confirm that the filer or affiant has a legal right to the property or assets of another person after they die.

You may have heard of marriage affidavits. These documents guarantee that the filer is married. Sometimes, these documents are used in place of a lost or stolen marriage certificate.

You may know that a court trial often involves witnesses appearing in court in order to provide oral testimony. However, there are some situations and cases in a legal proceeding where affidavits are used, including situations when a witness isn’t available or cannot appear in court.

Financial affidavits are often used in family courts in order to determine the financial situation or standing of each party to a dispute. They usually contain details like a person’s assets, income, and liabilities.

This document is used when the signature of an individual making a will is notarized. In most cases, a will requires two or three witnesses to the maker’s signature. You will be glad to know that with a self-proving will affidavit, your last will and testament will automatically be deemed valid and binding without the testimony of the witnesses.

An affidavit is a sworn statement that’s documented in writing. Affidavits are often used in court proceedings and in negotiations, commonly in family law, financial, and bankruptcy cases; however, they can be used in civil and criminal cases as well. Affidavits are legal documents that you may submit as evidence in a court case.

Whether you have to verify a marriage, claim property or assets, or verify the domicile of a recently deceased person, creating an affidavit is a simple way to lend credibility to your claim. You can prepare an affidavit to settle a dispute.

After creating your affidavit, you have to legalize the document. This process usually involves signing the affidavit. However, you have to complete this action in the presence of a notary. A notary public serves as a witness and certifies that you signed the document of your free will.

Legal teams can use PandaDoc Notary On Demand to notarize documents for their clients.